Located on the top floor of the West Building.  W301 has a WNW exposure.  The kitchen has an open serving area to the living room.  Charming French doors open to den,  Good size dining room.  Bath has walk-in shower and there is a walk-in closet off the bedroom.  Large deck with tree-top views. Underground parking and storage.

3 bedroom, 2 bath, 1,536 sq ft, W302, $496,838. This 3C floor plan, located on the top floor of the West Building, is one of our largest, bright apartment units. It features a NW exposure.  Buyer will be able to choose their own appliances and carpeting.  Two decks with fireplace in large living room.  Underground parking and storage in garage. 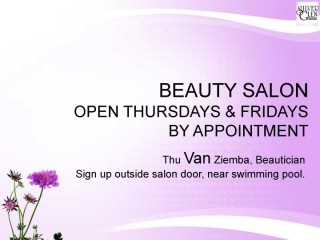 Of the People, By the People, For the People: Of the myriad types of community housing options retirees have to choose from, one that doesn’t get much exposure is the senior cooperative, commonly called a co-op. This may be due to a couple of reasons. First, there are only a few in the Puget Sound region — indeed. Second, just like the co-op apartments frequently located in places like New York or Seattle’s Capitol Hill, the way they operate isn’t always fully understood.

Whereas other kinds of retirement communities have for-profit or non-profit marketing budgets to inform the public, nobody speaks for senior co-ops but the seniors themselves. Several residents of Silver Glen in Bellevue, the region’s only senior co-op, were more than eager to sit down with Northwest Prime Time and talk about the benefits and attractions of senior co-op living. Since it opened in 1994, Silver Glen has sustained itself primarily by word-of-mouth referrals. Not surprisingly, the people who live in a co-op are the ones most likely to sing its praises. What is credible about this is that a co-op is successful only if its residents make it so.

The governance and daily operation of any senior co-op is down to the folks that live there.But let’s back up a little and explore the history of co-ops in general before we return to the particulars of a senior co-op like Silver Glen. Cooperative housing got its start in New York City at the beginning of the last century. Laborers, such as members of the Ladies Garment Workers Union, developed union or co-op housing as an affordable alternative to renting or ownership.This basic principle sustains co-ops to this day. Residents don’t own their dwelling in the traditional sense. The members of a co-op own their residences collectively. As a result, co-op housing is generally more affordable. The extra steps (limited financing options, membership approval, etc.) required to buy and sell a co-op dwelling keeps the price in check. An equivalent apartment or residence usually commands a higher price on the open market than it does when structured as a co-op.

It is precisely the appeal of increased value and affordability that drew Fred Jaffe to Silver Glen. Fred was one of the founding members (residents deliberately refer to themselves as members) of Silver Glen when it opened in 1994. Fred explained that Silver Glen got its start as the brainchild of the Senior Caucus at Group Health Cooperative. Although no longer officially connected with Group Health, Silver Glen’s organizing members were able to secure financing, land, an architect, and a contractor. As Fred observes, putting all the pieces in place to develop a senior co-op from the ground up is no small feat, and may explain why they are such a rarity.The exception is the Midwest, specifically the area around Minneapolis, which boasts scores of senior co-ops. Senior co-ops are well understood there and have had tremendous momentum in that part of the country since the late 1970s.

Another long-time Silver Glen member, Eleanor Rolfe, explained how the Seattle-area’s only senior co-op took its inspiration from the successful co-ops established in the Minneapolis area. She described how the notion of self-governance and community involvement holds great appeal. “We wanted a community out here where we could make our own rules,” she said. “At Silver Glen I get to do what I want, when I want, and be who I want — I’m completely in control of my own destiny.”Senior co-ops are entirely self-governed. Silver Glen has a board of seven resident members that hires a management company and a few employees to handle basic administrative details, but otherwise, residents are fully involved in the day-to-day operation of the community. Committee involvement (there’s a food committee, décor committee and everything in between) isn’t compulsory, but the type of resident Silver Glen attracts typically has a strong desire to be engaged in the community.

As Fred puts it:

The palpable sense of a close-knit neighborhood of like-minded active adults is what attracted newer resident Eric Van to apply for membership last June.

“My wife and I were immediately drawn to the strong sense of community we found here. The defining feature of Silver Glen is that we live and act together.”

With the help of one hired gardener, residents take great pride in keeping up the landscaping of their quiet, peaceful, sylvan setting. An activity committee oversees entertainment and educational programming as robust and diverse as any recreation program in a traditional retirement community. The board controls finances and approves membership of new residents.

Silver Glen is an entirely independent community for active adults aged 55+. There are no care services available, and although residents can bring in home health agencies when need arises, criteria for membership requires that residents not be a burden on their neighbors. Applicants are also interviewed to ensure they are a good fit with the community, although the primary requirement for acceptance is sufficient financial resources to cover the purchase of membership and monthly dues. Silver Glen embraces diversity in its admissions policy.

Monthly fees cover real estate taxes, reserve funds, parking, the hired management and maintenance team, and dinner is offered five nights per week. Each resident receives four dinner coupons each month included in their fees. You can purchase additional meal tickets at reasonable rates. Dinner only is served in the dining room Wednesday through Sunday.

Residents can remodel their units with approval from the board. Silver Glen boasts 123 one, two, and three bedroom spacious apartments.

Residents can also pass their membership on to their heirs, as was the case for Skip Dockstader. Skip is a second generation resident of Silver Glen, which in itself speaks volumes about the strong connections between members. Skip describes Silver Glen as “a place where we can give back to each other.” When her mother passed, Skip decided to leave her home in New York to join the community where her mother had clearly thrived.

“I love the many opportunities to volunteer here, and I’m so excited by the concept of this place.”

The residents uniformly agreed that Silver Glen is one of the best kept secrets in Bellevue. So what if a group of retirees wanted to start another senior co-op somewhere else in the region? “We happily offer ourselves up as a model for anyone,” assures Skip.

Learn about senior cooperatives at the Senior Cooperative Foundation website: www.seniorcoops.org. Information about Silver Glen in Bellevue can be found at www.silverglen.org or 425-957-1032